Just a short prelude for this post. I spent almost 5 weeks with a group of friends in Seoul and so we pretty much explored much of the city. There are some places which we recommend and some which we don’t.

Staying in an urban jungle like Singapore, anything natural just excites you so much. There were 3 parks in Seoul that are simply photogenic and are the perfect spots to unwind and chill out.

Haneul Park is located near the World Cup Stadium and is one of the few parks found there. But if you are a fan of “lalang” this place is totally for you. The entire park is on top of a small hill, where you can see the Han river one on side, and the other are the buildings and the Olympic Stadium. There are designated pathways within the lalang fields, but once in a while you will see traces of people bashing into the fields, which kind of means perhaps it is a good photo spot, when you are there you will know what I mean.

How to get there: Take Seoul Subway Line 6 and alight at World Cup Stadium Station. Then exit at Exit 1. The general direction is on your North-east. You will see an overhead motorway and that is an indication to cross the road, away from the stadium. Walk into the carpark until you see a bridge which you have to cross over. Climb up 195 steps and a few slopes and you will reach Haneul Park.

This park is one of the biggest ones and is connected to a few parks. But this one will give you a panoramic view of the Seoul City skyline. There are bicycle kiosks available for you to cycle along the Han River, which I must say is simply gorgeous. There are lots to do over at Yeouido Park, but I recommend taking a stroll or cycling along the whole route for the day is more therapeutic and definitely calming. Isn’t this what everyone needs?

How to get there: Take Seoul Subway Line 5 and alight at Yeouinaru Station. Take exits 2 or 3 and you should be able to see the park already.

Another photogenic spot for those K-Drama kind of photos. They specially planted rows of trees that are so aligned it kind of feels like Nami Island almost. So other than this spot to take your nice photos, I recommend you to explore the entire park with lots of attractions such as the insect garden and the ecological forest which are very interesting, really. Playgrounds for kids are also available for adults like us to play with. Apparently my friends researched something called the ‘rainbow tunnel’, I must warn everyone that it is a lame place and please do not even try to find it. 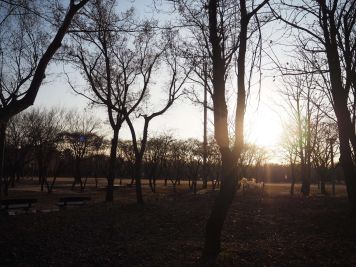 How to get there: Take Subway Bundang Line (Yellow) and alight at Seoul Forest Station. Take Exit 3 and walk straight. Cross the road straight ahead and you should see the sign of Seoul Forest right away.